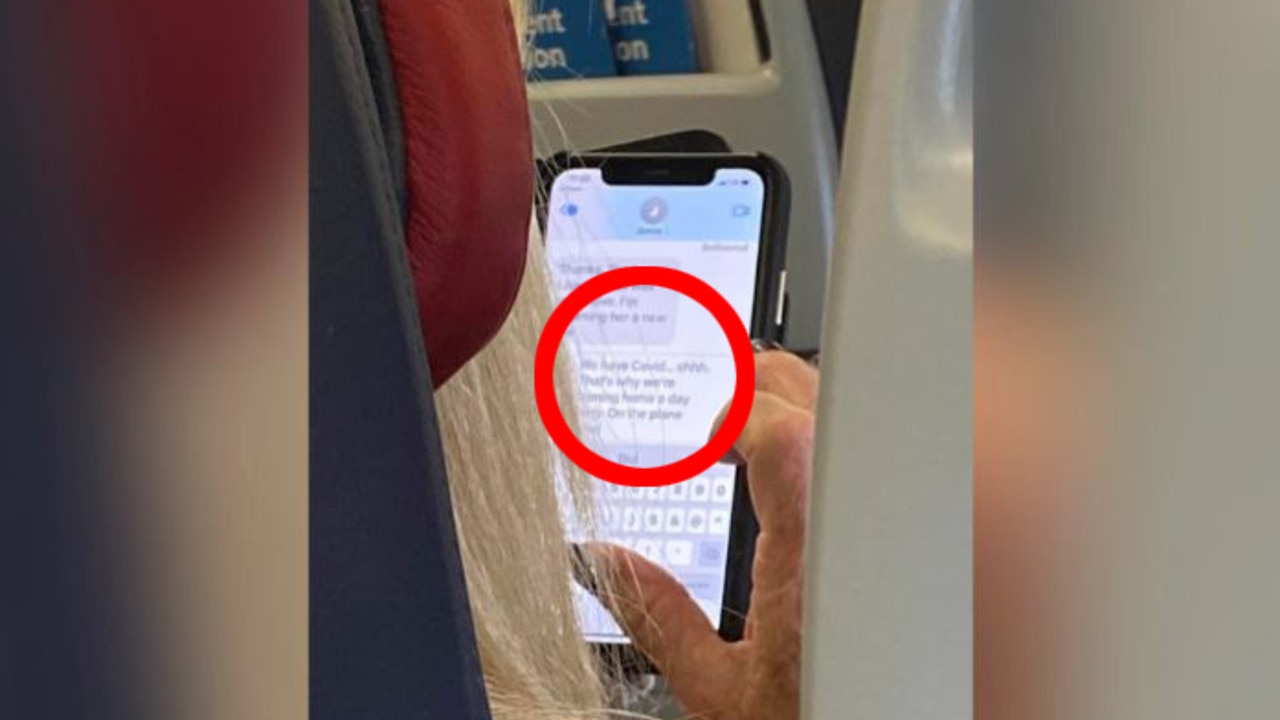 A woman has divided internet critics are spotting a fellow plane passenger’s text in which they claimed to have contracted Covid-19.

A woman was left horrified after peeking at a fellow passenger’s text message.

She divided critics on Reddit after claiming to spot a fellow passenger’s text.

She was horrified to read the person had contracted Covid-19, the New York Post reports.

It’s not yet clear if her story is real, but the post is going viral as Redditors debate the ethics of spying on other people’s messages.

“Is this even legal,” reads the caption to the post, which was uploaded two days ago to the platform.

An accompanying screenshot shows the suspicious correspondence, in which the unidentified flyer explains that they were returning home early on account of catching the coronavirus.

“We have Covid … shhhhh. That’s why we’re returning home a day early. On the plane …” the message reads.

Needless to say, the poster was subsequently slammed on social media.

“F**k this lady and the creep who reads other peoples messages,” shot one critic, while another wrote, “Not only are you spying on a strangers phone, you’re taking pictures of it.”

Some sceptics even suspected that the passenger only penned the alarming message because they knew they were being watched, and wanted to freak out the peeper.

“Plot twist: she only typed that because she knows the asshole behind her is reading the messages,” suggested one sceptic.

“To be fair, on the subway once I clearly saw the girl next to me reading my texts so I typed out something deranged just to get her to move away from me,” said another.

However, others directed their anger at the passenger who supposedly boarded a plane while knowing they had coronavirus.

“It’s f**ked up to read other people’s text messages but also SUPER f**k people who KNOW they have covid that don’t take precautions to keep other people safe from it,” fumed one poster.

Currently, the Centres for Disease Control and Prevention (CDC) advises travellers to refrain from flying “if you have been exposed to Covid-19, you are sick, or if you test positive for Covid-19”.

“If you are not fully vaccinated and must travel, get tested both before and after your trip,” they added.

However, some Redditors have suggested that the whole encounter was “fake”.

‘Too much skin’: Woman’s flight humiliation