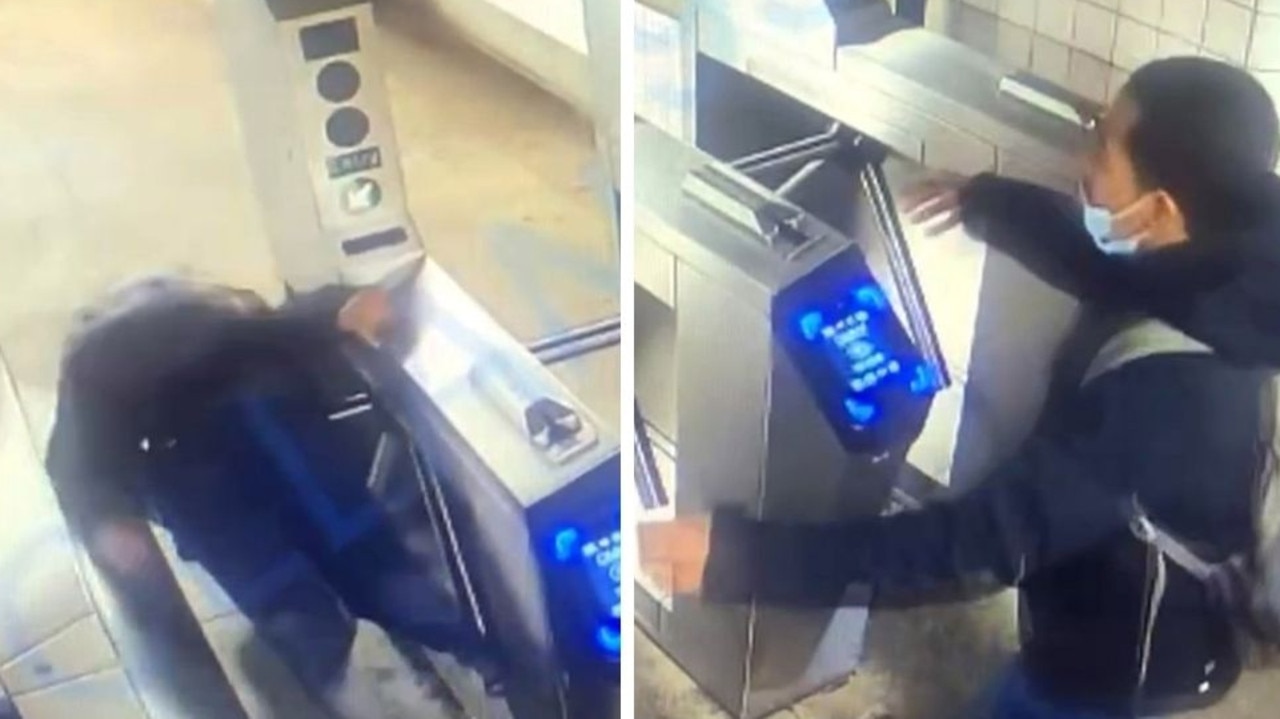 Sickening surveillance footage captured the moment the 28-year-old man lost his balance and fell headfirst over the turnstile.

Horrifying video has emerged of the moment a man fatally snaps his neck while jumping a subway turnstile in New York.

The sickening surveillance video shows De La Cruz trying to jump over a turnstile after he entered the subway station — but he initially falls and appears to drop his phone.

De La Cruz, who was wearing a backpack, then stumbles back briefly before repeatedly trying to hop over another turnstile.

On the final attempt, De La Cruz can be seen hoisting himself up — but losing his balance and flipping over the barrier.

He came crashing down onto his head and broke his neck, police said.

De La Cruz was pronounced dead at the scene, according to cops.

Police said the victim was “attempting to evade the fare” when the horror unfolded.