What used to be one of Australia’s most luxurious holiday resorts now sits derelict, three years after being abandoned and left to fall into disrepair.

Despite repeated promises of a redevelopment and attempted government interventions, the fate of the Capricorn International Resort in Yeppoon in Queensland remains uncertain.

The lagoon, which was the largest outdoor swimming pool in the southern hemisphere, sits empty and crumbling into itself.

It’s all a far cry from the scene that once greeted a generation of visitors who sipped cocktails by the glittering blue water, sang karaoke in the pumping bar and dined on Japanese cuisine while overlooking a traditional garden.

The video, shared by user mantasystems, is a startling illustration of the Sunshine State’s struggling tourism industry, plagued by shuttered hotels and resorts up and down the coastline.

For decades after it opened in the late 1980s, Capricorn International — then known as Iwasaki Resort — was a glittering jewel in Australia’s tourism crown.

It put the town of Yeppoon, on the central Queensland coast, on the map and brought hordes of domestic and international visitors to the region.

The resort was a crucial piece of tourism infrastructure for the region, and its closure was a blow, coming just a few years after Great Keppel Island, just off the coast, was shut down.

But in 2016, with most of its facilities in desperate need of repair and refurbishment, operator Mercure packed up and walked away.

The Iwasaki family still owns the site and vowed to seek joint venture partners to bring it back to life.

It was their third meeting and a sign of the Government’s keenness to ensure the empty resort had some kind of future.

The Iwasaki Group proposed a $600 million redevelopment, which it said could include a new 300-room five star hotel, the refurbishment of the existing 331 suites, a residential community of 8000 dwellings with a village centre, private airstrip and conservation zone.

“He is determined to see his resort reopened and refurbished,” Ms Palaszczuk told a local Chamber of Commerce meeting in mid-2017 following her latest meeting.

But two years on, the resort remains in limbo. There has been no progress on the ambitious plan to save the existing facilities and build new ones.

“A major redevelopment of the existing site is proposed by Iwasaki … the owners of the site,” the Capricorn Resort website said.

“This development will include tourism, residential and retail land uses and is expected to occur over the next 10 years. ​

“The first stage of securing development approval is the submission of a draft environmental impact statement (EIS) to the Queensland Government in late 2018.”

A spokesman for the Department of State Development told news.com.au it was yet to receive a draft EIS from the Iwasaki Group.

In May, the department extended the deadline to submit to June 1, 2020.

The Iwasaki Group did not respond to a request for comment about where the redevelopment project currently stands.

Its website lists the Australian company Urbis as its consultant for the EIS process, but it also did not respond to a request for comment.

The resort has a controversial history, having been staunchly supported by the then-premier Joh Bjelke-Petersen but widely distrusted by many locals.

There were concerns over the ambiguous vision and the size and scale of the resort, and some also expressed upset at foreign ownership of such a significant parcel of land.

The local chapter of the RSL protested on behalf of World War II veterans, and when Mr Iwasaki arrived in Yeppoon in 1979 for a sod-turning ceremony, he was greeted by an anti-Japanese display.

On November 29, 1980, a bomb went off at the construction site. The petrol, oil and gelignite explosion tore a 7m hole in the first block of holiday units that were nearing completion and caused more than $1 million in damage.

From that point, the Iwasaki Resort building program was plagued by delays and budget blowouts before eventually opening several years behind schedule.

The question of when or if the resort will be redeveloped remains unclear, with no movement for some time and a lack of information from its owners and local partners.

“The Iwasaki Group are proud of their long-held commitment to the region and their record of preserving the environment,” the resort website said.

“While the main resort has been closed for a number of years, the company has maintained a local presence in anticipation of the redevelopment.”

The website for the resort project presents a bold vision that will benefit the local community and the state’s tourism sector.

“The vision for the Iwasaki Capricorn Integrated Resort Project is to establish a world-class integrated resort providing visitors and residents with a unique and high-quality experience of recreation and life in Australia. The vision values the high-level natural environmental assets of the region and provides a model for a community designed to operate in harmony with nature in a sustainable manner,” it says.

Last November, news.com.au wrote about the resort’s history and uncertain fate after another person ventured on site and filmed the shambolic surrounds.

The golf course is the only part of Capricorn International that remains open for business.

In January, news.com.au also chronicled the demise of several island resorts along the Queensland coast, with several shut due to economic misfortune or damage from cyclones. 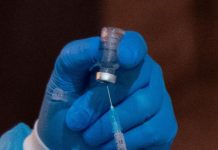 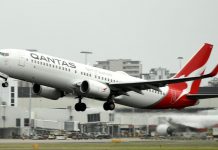 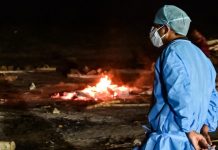 Choose Your Own Adventure: Machu Picchu

Terror you can’t see in this selfie

Webjet loses $43.7 million in one day